Well, this was an interesting read. Can’t say I didn’t enjoy it. It was as fun and intriguing to read as the Sorceror’s Stone and it definitely had two of my favourite scenes ever.

I LOVE THE WORLD-BUILDING. I mean, the whole wizards stuff, Hogwarts, Quidditch…everything I loveeee. LOVE. I just can’t believe I never read these books as a child. Moreover, I’m glad I don’t remember much from the movies either…think that’s why reading these is such a fun-filled ride for me. 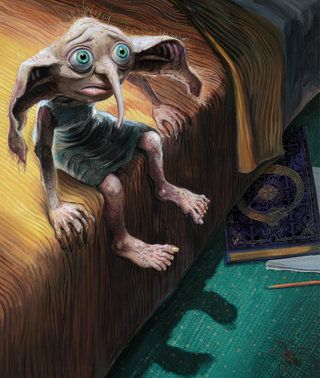 When everyone discovers Harry is a parsel-tongue. HOLY FUCKING SHIT.

Harry’s amazement was my amazement. I LOVED HOW IT WAS WRITTEN. He was speaking, but people were acting weird? what..why? All he was doing is helping the kid from the serpent then why is everyone so pissed about that? But hello, noooo he wasn’t talking. he was HISSING. Ahaan, he can speak snake language.

OMFG BEST SCENE EVER. Can’t get over it.

Also, the last two chapters. Grrreat work! Rowling has a knack for imagination and writing and everything is just awesome.

(I think I can discuss plot and storyline considering the whole wideworld has read Harry Potter, already???)

There were a few things that were just ridiculous. Like for example, when Harry and Ron discover the whole chamber of secrets thing, they run off to the staff-room to tell Professor McGonagall but there is an announcement for everyone to go to their dorms and instead they hide themselves in the staff cupboard to see what the staff will discuss. WHY DO THEY NOT GET OUT OF THE CUPBOARD AND TELL MCGONAGALL WHEN THAT WAS EXACTLY WHY THEY WERE IN THE STAFFROOM IN THE FIRST PLACE?

Second, they wear the invisibility cloak all the way to Hagrid’s cottage, but don’t take the cloak to the forbidden forest? Uhm what? and Harry says, “oh well, there is no use for the cloak.” Like uhmm, kids, I think you would need something like an invisibility cloak in a Forbidden Forest to hide from monsters, no?

Also, I think Hermoine deserves so much more credit than she gets in this book. So much more than Harry, actually. After all, it was she who discovered everything. I love her, man. And after this 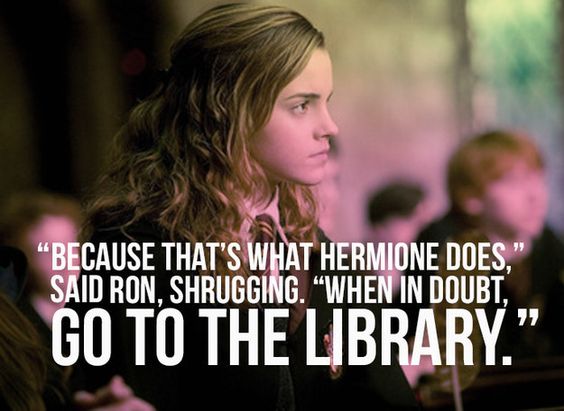 who cannot love her??

OH AND DID ANYONE NOTICE HOW ABSURD THIS GILDEROY LOCKHART PERSON WAS???? I mean, he was comical and annoying!??!!! Dude gave out questions like “whats lockhart’s favourite color?” or “What magical creature has he defeated?” or “Whats his birthday?” HAHAHA LIKE…..HUH??? Boy, and the whole “oh my fans!!”

So those were things which were fairly ridiculous to me. However, they didn’t spoil the fun I had when I was reading the book and oh boy, the world again. I just love it SO MUCH.

thats one of my favourite things about the whole Wizarding World.

On a side note, has butter-beer drink been mentioned in any of the two books yet???

12 thoughts on “Harry Potter and the Chamber of Secrets”